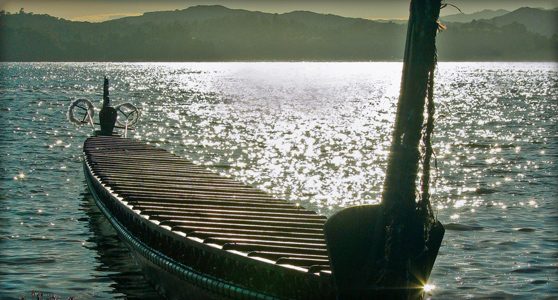 Kupe a great chief of Hawaiki arrived in New Zealand in 925 AD. The legendary explorer, with his crew voyaged deep into the Southern Ocean where the Northland iwi (Māori tribes) claim the first landing of Kupe’s waka (canoe) ‘Matawhourua’ was on the shores of the Hokianga Harbour.

Today, many iwi trace their ancestry back to Kupe and some of the oldest traces of Māori settlement, can be found in Northland.

The first European to visit the area was Captain Cook, who named the region in 1769. The Bay of Islands was the first area in New Zealand to be settled by Europeans. Traders, whalers and sealers followed with the first missionaries settling in 1814.  News of the temperate climate, the fertile land and the potential of kauri logging and kauri gum filtered back to the homelands which motivating the migration which followed.

In 1832, the Governor of New South Wales appointed James Busby as British Resident in New Zealand. It was the first formal step to bringing New Zealand into a permanent constitutional relationship with Britain.

In February 1840, at his home in the Bay of Islands, Busby hosted the formal signing ceremony of the Treaty of Waitangi by representatives of the British Crown and Māori chiefs from the northern tribes. The Treaty is widely considered to be the founding document of New Zealand.

The Legend of Maui

Maui, a Māori hero of ancient times, hooked an enormous fish after smuggling himself on board his brothers’ canoe to prove his fishing prowess. When it emerges from the water Māui goes to find a priest to perform the appropriate ceremonies and prayers, leaving his brothers in charge of the fish. Instead of waiting they cut up the fish to get their share, but as the fish is being cut it begins to writhe in agony becoming the valleys and mountains now known as the North Island. The Māori word for the North Island is  Te Ika-a-Māui (The Fish of Māui).

Take a look at our current specials!

Take a look at our travel directions, whether flying, driving or taking the bus!