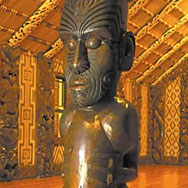 6th February Waitangi Day at the Treaty Grounds starts at 6am with the traditional Dawn Service in Te Whare Rūnanga, the carved meeting house. Throughout the day there is continuous entertainment at three different areas of the grounds: Upper Treaty Grounds, Waka Stage and the Sports Field opposite the Treaty Grounds. Some 140 market stalls have art, craft, clothing and a large variety of food for sale. Children’s activities include bouncy castles, kids racing cars and sports games. Entertainment at the Upper Treaty Grounds includes the Royal NZ Navy Kapahaka group, the Royal NZ Navy Big Band performance and the 21 gun salute at 12 noon.

This entry was posted in Anchorage Motel News & Events.

We offer a continental breakfast that can be delivered to your room.

Take a look at our current specials!

Take a look at our travel directions, whether flying, driving or taking the bus!